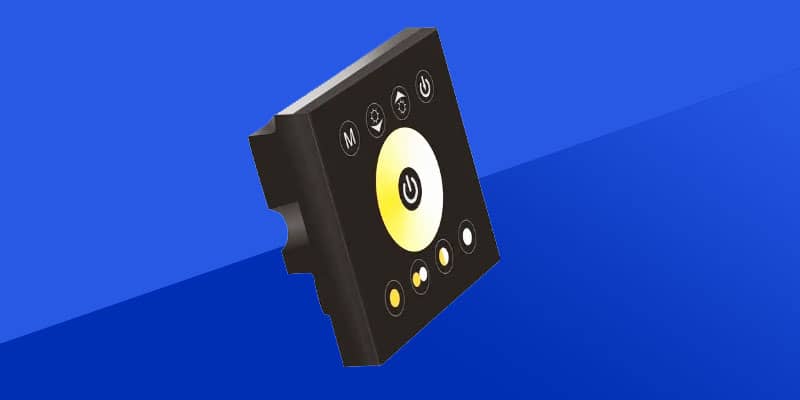 Thyristor dimming earlier applied to incandescent lamps and energy-saving lamps dimming method, is also currently applied to the LED dimming more widely used dimming method. It works by cutting the waveform of the input voltage through the conduction angle to produce a tangential output voltage waveform. By applying the tangential principle, the RMS value of the output voltage can be reduced to reduce the power of the common load (resistive load). The advantage of silicon controlled dimming is the high efficiency and stable performance.

1-10V dimming principle: as explained above, only the dimmer is 1-10V: when the resistance dimmer tuned to a small 1V, change the output current is also 10%, such as to 10V, the output current will also reach 100% of the power output, the brightness will also be 100%. (The output voltage is unchanged). Note: 1-10V is no switching function, can not be adjusted to Z low lamps off role!

Digital dimming, also known as PWM dimming, through PWM waves to turn on and off the LED to change the on-time of the forward current to achieve the effect of brightness adjustment. The method is based on the human eye is not sensitive enough to the characteristics of the brightness flicker, so that the load LED when bright and dark. If the frequency of light and dark is more than 100Hz, the human eye sees the average brightness, rather than LED in the flashing.

PWM adjusts the brightness by adjusting the ratio of light and dark time to achieve the adjustment of brightness, in a PWM cycle, because the human eye to greater than 100Hz light flicker, the perceived brightness is a cumulative process, that is, the greater the proportion of light time in the whole cycle, the human eye feel brighter. But for some high-frequency sampling devices, such as high-frequency sampling camera, sampling may happen to pick up the image of the LED when dark.